The protection of biodiversity is a common mandate of various global initiatives, such as the Strategic Plan of the Convention on Biological Diversity and the UN Sustainable Development Goals. Mountains are hot spots for biodiversity on a global and continental level, and show a high proportion of endemic and specialist species, with a high vulnerability to climate change and vertical displacement (towards higher areas) of thermal floors. The Andes mountain range, the longest on earth, is home to three areas considered global biodiversity hotspots: the Tropical Andes, the Tumbes-Chocó-Magdalena region and the Winter Rain Forests of Chile. Throughout the more than 7000 km of extension of the Andes an enormous variety of ecosystems of forests, shrubs and mountain grasslands occur, from the exuberant humid forests and moors of tropical latitudes to the icy mountain steppes of Tierra del Fuego. These environments are also home to iconic species such as the spectacled bear, the puma, and the Andes condor. The Andean Mountain Initiative considers the preservation of biodiversity and the conservation of ecosystems as a priority axis of action in the Action Plan for the Sustainable Development of the Andean Mountains, directing efforts to the generation of information and the exchange of experiences and good practices.

The Andes, like other mountain regions, have a high exposure and vulnerability to climate change, the effects of which add up in a complex way with the effects of change in land use. The increase in temperature and the more heterogeneous changes in the rainfall regimes (very intense or very scarce) bring with them effects on glaciers, accelerating their retreat throughout the continent and on soils, increasing the loss of organic matter and stored carbon. They also generate effects on the landscape, showing changes in the distribution of ecological floors and ecosystems (especially in the moors, punas and evergreen forests); accelerating the degradation of strategic environments such as high Andean peatlands and wetlands; reducing the extension of the climatic niches of many endemic or restricted distribution species. At the same time, climate change creates threats to the health and food security of the population, due to the appearance of new plagues and diseases that affect crops and people, due to the increased frequency of extreme weather events (droughts, floods , landslides, heat waves) and the decrease in the availability of water in the dry season. Since 2018, the Andean Mountain Initiative has promoted the Strategic Agenda, on Adaptation to Climate Change in the Andes Mountains, which establishes objectives aimed at reducing vulnerability, strengthening the adaptation and resilience processes of Andean communities and strengthening scientific research. social and environmental necessary for planning adaptation measures at the regional level.

The retreat of glaciers is one of the clearest evidences of the impact of climate change on the landscape at a global level. In the Tropical Andes, the retreat is greater than the world average, especially after 1970. Countries such as Venezuela, Colombia, Ecuador and Peru will see the glaciers located at elevations below 5000 m.a.s.l. disappear almost entirely before 2100. This has been generating changes in the high Andean ecosystems and landscapes, opening colonization fronts for vegetation and fauna, the formation of new glacial lakes and alterations in the structure and dynamics of wetlands and other aquatic ecosystems throughout the range. At the other end of the continent to the south, a marked retreat of most glaciers in the southern Andes has been recorded, including 40 of the 50 glaciers in the Southern Continental Ice Field. Glaciers play an important role in the hydrological dynamics of the dry regions of the Andes, where they are important reservoirs of water for both rural and urban populations. In the Northern Andes, where glacier coverage is small and the climate is more humid, its influence on the basins is less; however, it is there where the retreat is most marked and the glaciers now only occupy the highest peaks; In the case of Venezuela, its last glacier on the Humboldt Peak, will disappear in a very short time. In addition to the impact on water resources and ecosystems, glacial retreat has important consequences for Andean societies, their heritage and cultural identity, and the tourism industry. The Strategic Agenda, on Adaptation to Climate Change in the Andes Mountains, considers among its objectives the taking of action to reduce the negative impacts of climate change on people through the strengthening of environmental monitoring systems, early warning and disaster risk management, among other priority actions. 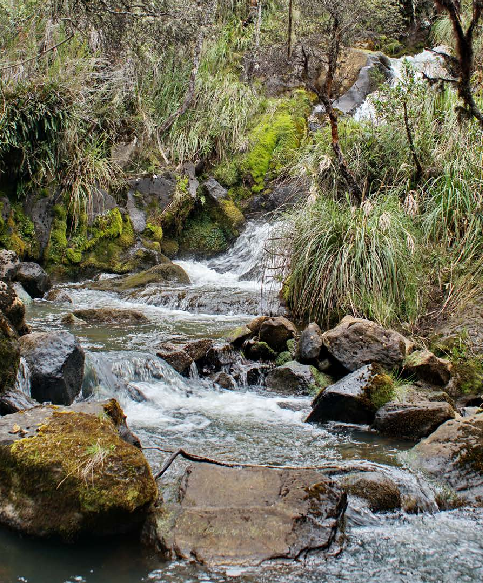 The Andes are the water towers of the continent, which is evidenced in its rivers, glaciers, lakes, lagoons, wetlands and groundwater. Water in its different states is essential for the development of Andean societies, both because of its importance for human consumption and because of its influence on productive activities (agriculture, livestock, energy generation, among others). But water, in turn, can become a threat, when heavy rains bring floods and landslides, generating great human and economic losses. The increase in population in the Andean region, added to the impacts of climate change, increase conflicts over the use of water, due to the decrease in reserves that meet the demands, especially during the dry season. Some of the most important cities on the continent, including capitals such as Bogotá, Quito, La Paz, and Santiago de Chile, are located in the mountains. Others like Lima depend directly on the water that comes from them. In 2007, the Andean Mountain Initiative through the Declaration of Tucumán, raised as a priority issue the integrated and sustainable management of hydrographic basins, recognizing the close relationship between the conservation and sustainable management of mountain ecosystems and the provision of Water.

The population of the Andes 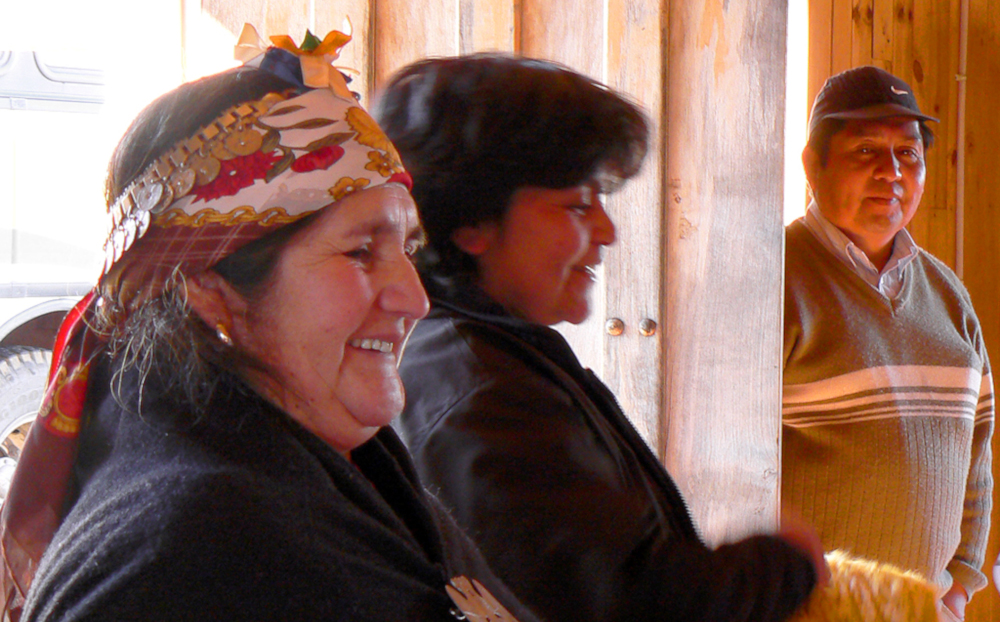 A quarter of the territory of the countries that make up the IAM is located in the Andes, and a third of its total population lives there, forming a mosaic of cultures of enormous wealth, for hundreds of years they have cultivated a relationship with nature through community level work. The value of Andean tuber management practices (potato, oca, mashua), of hydraulic engineering for the use of water (qochas and canals), of land use (platforms), among many others, is widely recognized. The natural diversity of the Andes is intertwined with the cultural diversity of the region, expressed in its original languages (Quechua or Kichwa, Aymara, Mapundungun, among others), in its traditions and its practices of use of natural resources. Population growth, urbanization and economic development in the region have generated changes, the population of the Andes is now more diverse; not only is it settled in the countryside and linked to agricultural and livestock activities, now there is a new rurality where populations carry out multiple activities including tourism, and vibrant Andean cities that maintain close links of interdependence with the rural environment. The new generations have been building a vision of development that is proud and respectful of their traditions, resilient, inclusive and plural.